As of the 1/4/19, you will no longer be able to claim back on your private health cover when you go to see a qualified Naturopath. A Federal Government funded study into the effectiveness of Naturopathy—and many other Natural Therapies—has resulted in the decision to scrap any subsidy for these services. Their justification was that this would ensure that private health fund fees would now be much cheaper.

The impact of this decision will be wide ranging and, I believe, it was made without a true understanding of its total implications.

According to a 2017 report published by AFP (Australian Family Physicians), it is estimated that complimentary and alternative medicine is used by two thirds of all Australians, with well-educated females making up the greatest proportion of users.

“However, it is not just the health of Australians that benefit from their 69.2 million visits to a Natural Medicine Practitioner every year,” said Mr Charles Wurf, CEO of ATMS (Australian Traditional Medicine Society). “It is also a major contributor to the community as we know there are over 28,000 small businesses employing nearly 37,000 people and contributing 4.7 billion dollars to the economy annually.”

So how did this safe, popular, effective and economically viable profession become so maligned? In short, a justified decision to investigate our ‘out of control’ health budget saw the need for a review into potential areas for savings.

Despite a global call for prevention to be the key focus in health care, natural medicine—which pioneers and champions preventative treatments—was targeted as a primary area for scrutiny. At this point I can tell you that our profession welcomed this analysis, as we were confident it would justify our work and propel us to a more respected status in the healthcare echelon. How wrong we were!

The 179-page ‘Review of the Australian Government Rebate on Natural Therapies for Private Health Insurance’, although completed with scientific rigour, was commenced using an impossible premise. When you hear the criteria for reviewing the scientific literature associated with Natural Medicine, you will understand why!

Simply put, the criteria can be understood as follows: –

Despite the narrow scope of their search, those compiling the report did actually find 6 Naturopathic studies worldwide, with one considered for review. But, alas, because it wasn’t from a local source, it was disregarded as not being a reliable estimate of the effectiveness of Naturopathic practise in Australia. Thus, the overall outcome was that there was no reliable evidence that looked at ‘the effectiveness of how Naturopaths communicated with their patients’and therefore, Naturopathy could not be considered as a viable treatment option. They did, however, agree that Naturopathy was safe and cost-effective compared to standard core strategies.

In summary, the whole review created an environment of impossibility…

As for the need to keep studies recent and of good quality… well that would have been reasonable if they hadn’t narrowed the scope of assessment to the point of absurdity!

The big thing you need to know about scientific studies involving health is that they are expensive. A study published in JAMA Internal Medicine in November 2018 estimated that the average cost of a Phase 1 drug trial, (there are 4 phases), is 19 million USD. Whilst a 2016 Tufts University study estimated the cost to get through all 4 phases—and to market—is 2.6 billion USD!

Basically, outside of government grants or philanthropy, the driving force behind most studies is investor profit. So, how much profit is there from finding out the impact of how a Naturopath talks to their patients? I’m guessing not too much.

At this point I need to say the reason for writing this letter was not just to inform the public of how the decision to remove subsidies from many Natural Therapies was reached – but more importantly, to explain the implications of the decision.

The reality is that headlines have impact, particularly if they are endorsed by those with authority. So, if our Chief Medical Officer says that Natural Therapies don’t warrant Private Health funding, who is going to argue? Unfortunately,most people don’t have time to read and analyse an expansive report. They trust the experts.

A probable effect of this review is that more people will now be less likely to see a Naturopath, thus narrowing their treatment options. They would now be left with orthodox medicine or self-prescription as the key choices. The former further burdens the National Health Budget whilst the latter lacks safety on numerous levels.

At this point you may be thinking … What’s the problem here, aren’t natural medicines safe?

The answer is absolutely! Except when…

So, who do you see for safe and effective Natural Medicine prescription?

Probably not your Doctor as most are not trained in nutrition and phytochemistry.

Maybe your Pharmacist, although they are not trained in, or provide, clinical case history taking.

Definitely your Naturopath, as it’s what their tertiary education trains them to do!

Where it was once a given, the onus is now on the patient to ask their Natural Health Practitioner about their insurance status, continued professional education and first aid status to ensure their safety! But will they realise the importance of asking these questions? And if so, will they actually ask them?

There is now some fear, that this report has created an environment that will make it easier for inadequately trained, but well marketed, practitioners to unsafely expose the public to natural medicine.

What we all need to realise is that due to the current ‘Disease Model’ focus used by our health system , (where patients are given an appropriate disease label and generally treated with a scientifically tested, ‘one-size-fits-all’ relief strategy), there will always be some people who are not helped by this approach and who need something different. These are the people who want to know why they have their signs and symptoms, who want to treat their cause not just their signs and symptoms and who want to know how they can preventtheir presentation from happening again.

For those who have not yet tried Natural Therapies, will they bravely swim against the negative current that has been established by this review? And if they do, how easy will it be for them to find a suitably qualified natural health professional who can direct them to better health?

When a patient initially visits a Naturopath it is often with a feeling of frustration about the ineffectiveness of their current treatment and a curiosity about better options. However, they continue to visit with feelings of confidence, clarity and empowerment. This is because their Naturopath gives them the time to tell their story and is interested in their opinions about their health. For, although a Naturopath knows a lot about the body, they know that their patients are the experts of their bodies. This combined information makes the understanding of what might be causing the problem much clearer.

However, the main reason they come is that they feel more comfortable enhancing their health rather than eliminating their disease. They know that the more that they raise their health, the better they will feel and the lower their risk of disease. It is a simple formula. The issue now, is how are they going to confidently find a highly trained Natural Therapist?

It is important at this point to say that Naturopaths do not disregard medicine or encourage their patients to do so. They appreciate that when something is broken in the body, it is not likely to respond. Naturopaths respect that, at times, their patients need the miracle of surgery after trauma and drugs that mimic insulin or thyroxin when their pancreas or thyroid glands have failed. They are clear that the world needs many different therapists, offering many different therapies, to ensure that everyone is appropriately looked after.

It’s for this reason that Natural Therapists are insulted by the finding of this study. To disregard and ultimately undermine powerful therapies used in the treatment of chronic illnesses such as cancer, heart disease and diabetes is blatantly wrong! A quick search of Medline, (the most regarded site for published scientific studies), shows some evidence of the relevance of the tools of trade that Naturopaths have been uniquely trained to use.

You will see 19,707 studies on N-Acetyl Cysteine, 44,244 studies on Inositol, 12,730 studies on Curcumin, 31,159 on EPA/DHA, 103,508 studies on Magnesium, 1,552 studies on Beta Glucan and 8,919 studies on Ginseng. These are just a small proportion of the hundreds of thousands of studies that have been disregarded by a single Government-funded study. What was the real purpose of this study? Was it to reduce the cost of Private Health Fund fees? I have personally phoned six major health funds and they have no intention of lowering their fees! Or was it aimed to marginalize those specifically trained to make the use of natural medicines as safe and effective as possible?

So, who is going to be accountable for this grave error of judgement?

Whoever is to blame, I have just on simple question…

Why didn’t you keep us safe?

Throughout history, there have been times where governments have made decisions on behalf of their people that have been wrong. I believe this is one of those times. At this point you can accept this decision or rally against it. I encourage you to read the report and make your own conclusions. If you feel that it is unfair and will impact you unfavourably, you can still do something. By going to the website www.yourhealthyourchoice.com.au you can join the voices of likeminded Australians and have your say. With a pending election where the current Government appears likely to face political defeat, there is still an opportunity for democracy to triumph. All Minister Hunt needs to do before the 1st of April 2019 is to amend the bill to allow insurers to have the ability to offer rebates and the problem can be solved.  Using people power it could be that simple. It’s ultimately in your hands. 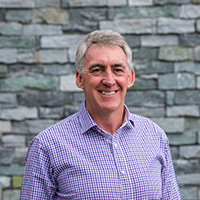